Stay Creative with The Lightbox

The Lightbox, Woking partnered with the London Art Fair in 2017 with an exhibition of Modern British art from The Ingram Collection

During the lockdown, The Lightbox have been busy finding ways to boost well being and feel good at home through art and culture. They have a series of throwbacks to past exhibitions, artworks from their collections to view, plus an online exhibition of David Hockney: Ways of Working. 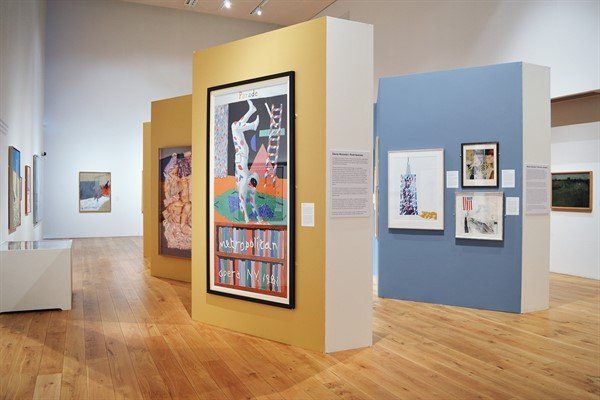 David Hockney: Ways of Working
An important contributor to the pop art movement of the 1960s, David Hockney is considered one of the most influential British artists of the 20th century. This exhibition took an in-depth look at Hockney’s ingenious exploration of a diverse range of media, spanning six decades of creative output.
Tracing the artist’s practice, the display included photographs of Hockney seen working in his studio, with several images that related to specific works in the exhibition. In addition, it introduced a never-seen-before 14-page letter where Hockney himself describes his work processes.
One of the highlights of the exhibition was devoted to David Hockney’s methods of printmaking, covering a variety of different techniques. Paintings presented examples of Hockney working in oil, acrylic and emulsion paint, dating from the 1950s to more recent works.
As well as viewing some of Hockney’s works online you can also listen to Head of Exhibitions, Peter Hall, discuss the Portrait of Sir David Webster, a Double Study for a ‘Closer Grand Canyon’, as well as Winter Road Near Kilham.