Each year Platform focuses on a single distinct theme, the section includes galleries presenting well-known, overlooked and emerging artists that align to the theme. This year’s theme is Folk Art, exploring our cultural heritage, our communities and our identity, and how we choose to express this knowledge and pass this on as inspiration.

At a time when the world is ever changing, curator Candida Stevens, will look at our cultural heritage, our communities and our identity, and how artists working in the Folk tradition have chosen to pass on this knowledge and inspiration.

In January 2020, Platform presented Threading Forms curated by Candida Stevens, bringing to the fore a selection of galleries capturing the breadth of different artists working in textiles and the growing appreciation of the medium as a beautiful and collectible art form.

The vision for Threading Forms was to demonstrate the variation currently at play within fine art textiles. The variety of art forms presented here incorporates machine and hand stitch, tapestry, deconstructed fabrics, collage.

Linking in with the Modern British origins of the fair, Oxford Ceramics Gallery presented Peter Collingwood. Collingwood is largely considered the pre-eminent British artist weaver of the post war Modern British period. He is described as a technical innovator, teacher and mentor. The visual results of Collingwood’s work are calming, symmetrical and light.

Described by the V&A as a ‘pioneer’ and ground-breaking she is a contemporary educator, pioneer, innovator. Kettle incorporates a blend of analogue and digital, using machines both old and new alongside the use of hand-stitching.

Arusha Gallery shown Julie Airey  whose work has a delicacy to it. Layers of fine muslin combined with thread and paint to create an ethereal quality. Suggestions of shapes, nearly there figures, comment on the vulnerability of the human condition. Airey is an artist who trained as a painter and now incorporates the materials of paint and thread in her work.

Cavaliero Finn show woven and cut tapestries by Jacy Wall alongside ceramics by Björk Haraldsdóttir. The visual harmony of the two artists is striking. Bjork’s knowledge of architecture is evident in her geometric forms and marries in with the deconstructed pattern structure of Wall’s work.

Having these two different presentations of tapestry links with West Dean Tapestry Studio who will be on site demonstrating the art of tapestry weaving throughout the duration of the fair. The fair team kindly agreed to give some space to two charities, West Dean College of Arts and Education and OutsideIn to bring a broad reaching appeal to Platform.

OutsideIn is a charity that works with artists who face significant barriers to the art world due to health, disability, social circumstance or isolation. Several of their artists use textile art as their primary form of expression. Anthony Stevens, whose work is presented here, uses hand stitching to create expressive pieces that he says work as a form of therapy and self expression. 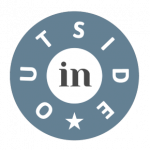 The vision was to allow Platform Threading Forms to stand out, to have it’s own identity, to make it both visually and emotionally different, to emphasise it’s unique place within the larger fair. The idea was to activate the space by having a live performance of ‘textile art in the making’ throughout the week. Demystifying artistic process is key to allowing collectors to confidently access art, as textile art becomes a trending art form there is more interest than ever from collectors. With live demonstrations throughout the week of tapestry by West Dean and machine and hand stitching by Alice Kettle, visitors will be enlightened and inspired.

On its launching edition, Platform explored the expansive territory of Ceramics.