Home » News » May Art Diary: what to see this month

May Art Diary: what to see this month 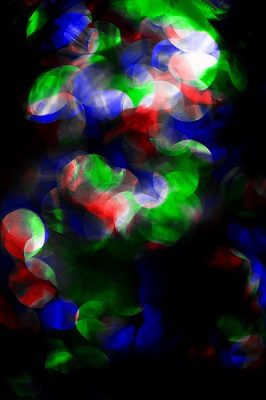 Just as sunshine and blossom emerges in London, the spring art season launches with line-up of unmissable exhibitions this May.

For photography lovers, London Art Fair’s top recommendations for this month include: recent projects by Taisuke Koyama, an investigation into the impact of fake news, information warfare and the commodification of politics by artists Kristian Touborg and Moritz Wegwerth and a plunge into history by an anonymous Swiss photographer in conjunction with Chilean artists Mario Fonseca and Mauricio Valenzuela.

The exhibition presents new paintings by Welsh artist Shani Rhys James that challenge the cyclical and relentless passage of life.

The works explore the transience of being; contrasting her early iconic painting of a child’s cot (for which she earned the Jerwood Prize in 2003) with startling images of the female figure ravaged by decay. The exhibition is accompanied by an essay by Jo Mazelis, Jerwood award winning novelist.

In this exhibition artists Kristian Touborg and Moritz Wegwerth scour and reconstitute visual images from a shared cultural reservoir of content of fake news, web and advertising imagery.

Touborg’s works examines how fragmentary and impermanent our digital depictions are throughout the passage of time, while Wegwerth’s photographs critique the contemporary obsession with how images are used as tools of influence.

Trapped in England during WWII, John Craxton was one of the brightest hopes of British Art when he escaped to Greece in the spring of 1946. The artist moved from neo-Romanticism through semi-Cubism to his own artistic language embracing ancient Greek mythology, the topography and temperament of Arcadia and a love of Byzantine mosaics.

The show collates 50 unseen paintings and drawings from the Craxton estate, comprising seven decades of the artist’s work until his death in 2009.

For this show Koyama will present photographic works from four recent projects, which use digital sensors to explore ways of releasing abstract photography from its heritage in materiality.

The reactions of light onto the sensors in digital cameras and scanners resolve into unique colours and patterns. The works will be presented as large inkjet prints, suspended from the ceiling in a maze of sculptural images for the viewer to journey around. The exhibition is part of Peckham 24 Festival.

A new Life in America – A Journey in Kodachrome

In 1959 a Swiss scientist and his young family embark on a journey to a new life in the USA, as a keen and gifted photographer he documents the journey to their new home country and life there, with his camera.

60 years later, the collection of photographs from this Swiss private family archive accomplishes three things in anonimity: a tale of one family’s story in pictures, a fascinating and a historical snapshot of life in the late 50s & early 60s but above all, the images are an aesthetic jewel (set in warm hue of Kodachrome colours) of mid-century photography. This is an online-only exhibition.

From 1972 until the early 1990s, military dictatorship under the rule of Augusto Pinochet plunged Chile into total darkness and silence. At this time, people found safety in reclusion and anonymity for fear of a regime characterised by repression, systematic arrests, tortures and disappearances.

The exhibition expands the understanding of Chilean art history beyond the ‘official’ by bringing together the work of conceptual artist Mario Fonseca and photographer Mauricio Valenzuela. The two artists share a strong dialogue around the notions of absence and prohibited identity after living in Chile during the 1970s and 1980s.

Discover more about the A House With A Date Palm Will Never Starve limited edition, the Fourth Plinth and the artist himself in this interview.